« What is a fair valuation for Facebook?
» Memorial Day Musings

The Business of Bones 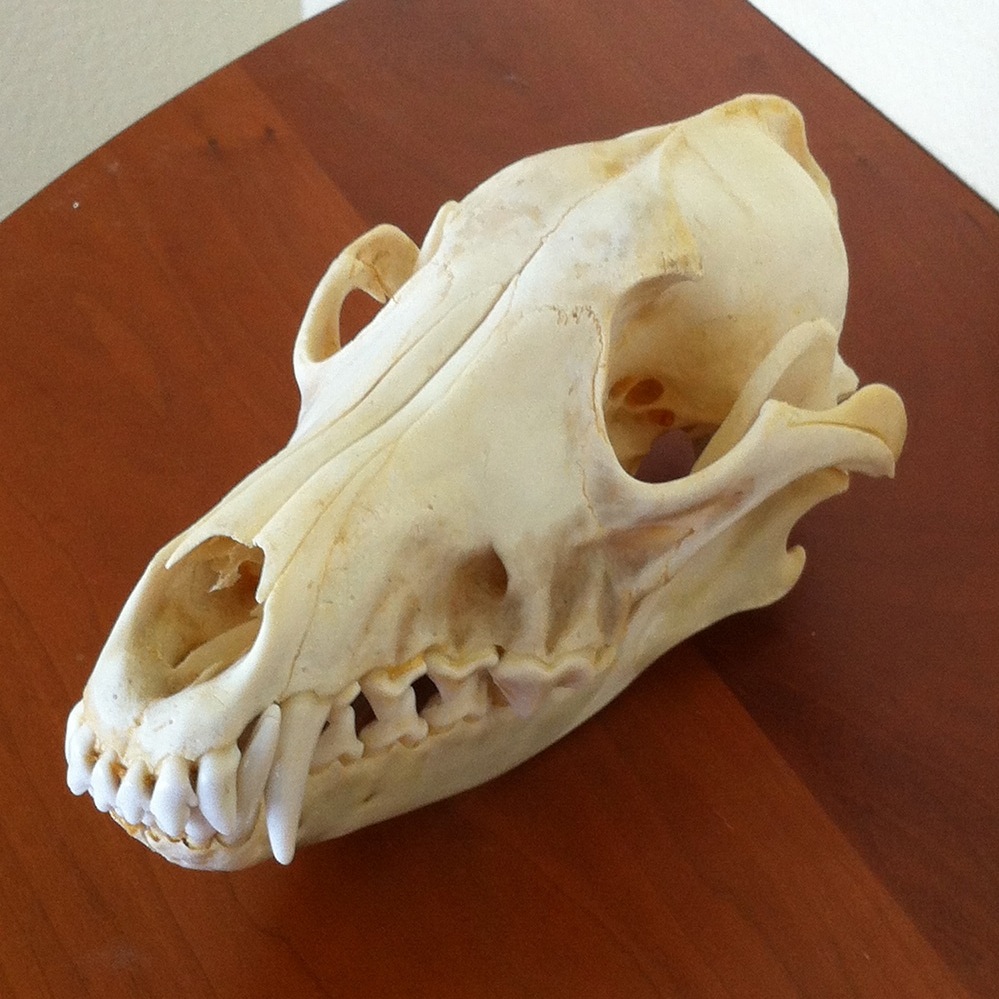 Since some of our product was disclosed in a prior post, I thought I’d share a bit more about the business of bones.

It should be a pretty simple process: obtain animal carcass, disarticulate animal, remove skin and sticky bits, clean and dry bones, present in some attractive way (re-articulate, mount, etc.) and finally sell the bones. Turns out, cleaning and preparing the bones is the easy part.

There are international, Federal, and California State regulations about which animals are legal to trade and in what circumstances animals can be hunted and harvested. That was expected, but even animals that die of accidents or natural causes are regulated (to close the apparent loophole for poachers.)

The first set of rules is CITES (Convention on International Trade in Endangered Species) regulation; assuming the animal is sourced from outside the US. The way this set of regulations work is that species are tiered into 3 levels with varying degrees of protection for the roughly 5,000 animal and 30,000 plant species subject to the regulation. It was enacted in 1973 and roughly 80 countries including the US are party to the rules which are legally binding. Compliance is straight-forward: don’t trade in Tier 1 or 2, make sure you have the paperwork and pay the fees for Tier 3.

The second set of rules is the US Endangered and Threatened Species Act. Like CITES, it enumerates the species to be protected, in levels of Endangered, Threatened, and Proposed Protection. There are approximately 600 animal and 800 plant species on the US list. Compliance is simple for this set of rules too: don’t trade in the species that are Endangered or Threatened.

The big catch here is that the importer (read buyer) is responsible for compliance with the union of CITES, US Federal, and California State regulations and the consequences for running afoul of these laws can be severe.

If one wants to avoid all of this, one can choose to not have this sort of product in inventory or one can choose to carry cast replicas of the items in question. While we have chosen to carry real bones in so far as we are able to do so legally and ethically; we will complement the real bone inventory with cast replicas of some the protected species.

Now, this is one little portion of the inventory of Oddyssea, but an important one. The degree of complexity in obtaining some of our inventory is high, but ultimately, I believe the investment and learning will be worthwhile.


« What is a fair valuation for Facebook?
» Memorial Day Musings