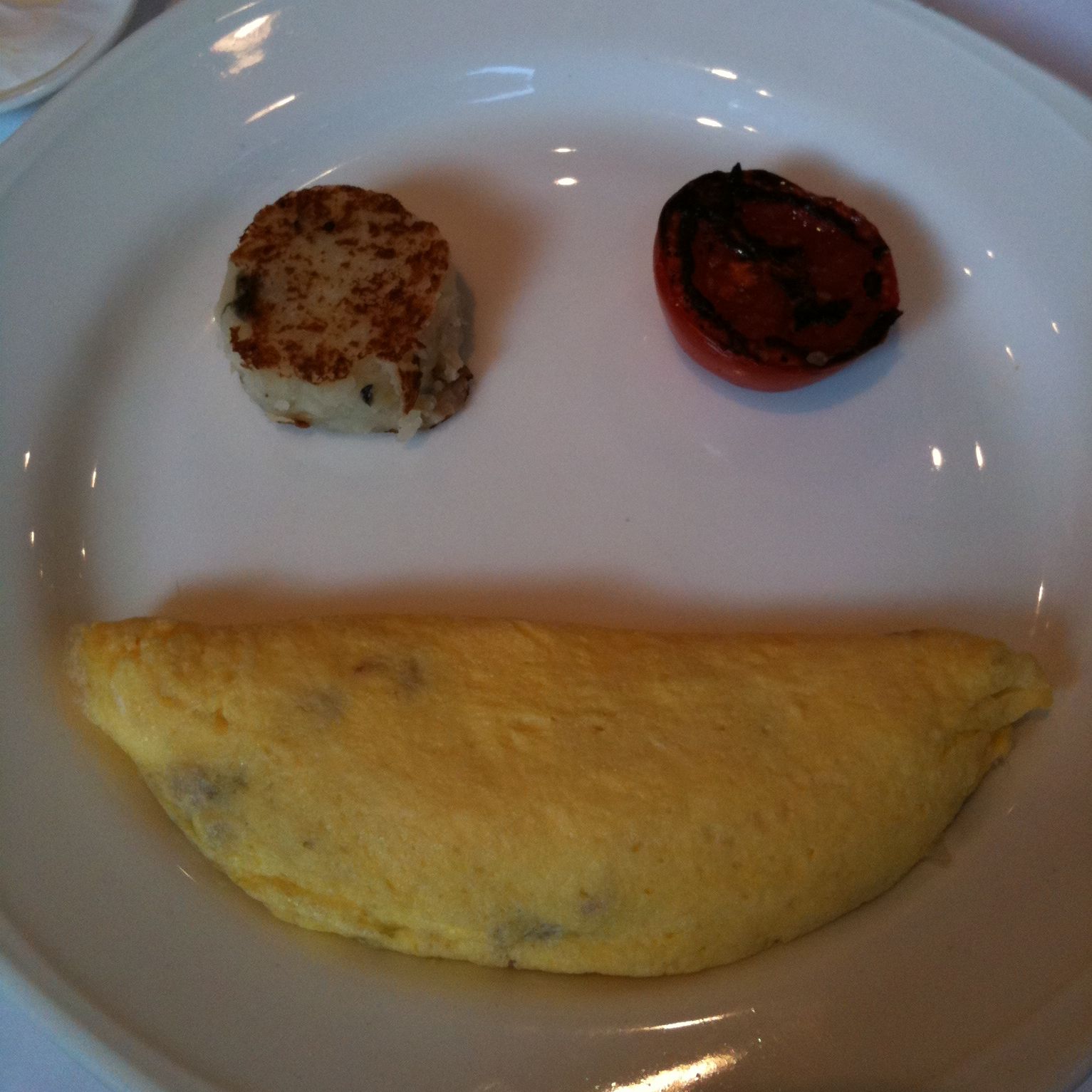 The past week I’ve been in Bangalore, India visiting my team. The picture to the right was of my breakfast plate as it arrived one morning and it simply looked like a happy face, so, I’m christening it the “Indian Happy Meal.”

The food experience this trip was pretty interesting. Three people on the team (not me) were afflicted with food poisoning from two different hotels, we had a friendly roach at a non-hotel restaurant, and one person had a lively experience for breakfast speaking of happy meals……..

One of my colleagues decided to eat some bran cereal from the breakfast buffet of a five star hotel this week. He poured in the milk and saw in addition to the bran cereal, substance that looked like flax seeds. The thought was, people who like fiber will also like flax. But then he thought about the fact that things like raisins were separate and started looking a little more closely at the “flax.” Now, it’s important to say that he’s been eating the cereal at this point of the story…….upon further examination, the flax seemed to be moving. He consulted another colleague at the table “What does this look like?” and a “flax” was spooned on to a plate – it started crawling away. It wasn’t one, it was a whole colony.

The person in question handled the situation calmly and coolly informing the manager and asking them to remove the cereal from the buffet to prevent further “flax” mistakes from occurring. Later that day, the hotel called the colleague to inquire about his stay and he took the opportunity to share his experiences. The next morning when I arrived for breakfast met by the manager of the hotel asking what he could do to make things right (it seems someone mentioned that I was the “boss” and they ought to make me happy too……)

The long and the short of it is, the hotel took the matter seriously and addressed the situation promising it would never happen again and offered us a dinner, which we accepted and enjoyed at one of the nice restaurants on the property. Now, will we stay there again? I don’t know. But I’m pretty sure the people at the original breakfast table will not! I should say for clarity’s sake, the food I’ve had in Bangalore has been very, very good over my trips, this was just an anomaly I think.

Ah the joys of business travel………