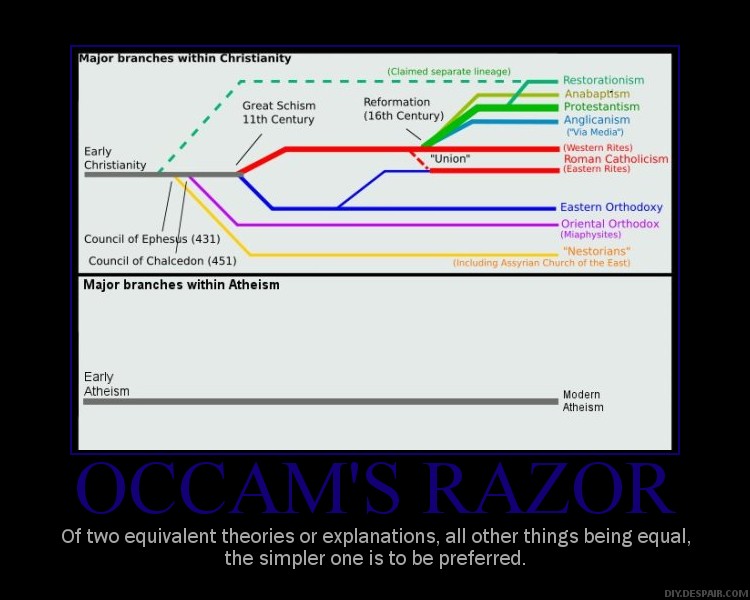 Graphic Credit: irReligion.org
When I saw this I nearly splut drink out my nose laughing. Occam’s Razor is one of my favorite tools, wish I was clever enough to have thought of this! Tweet