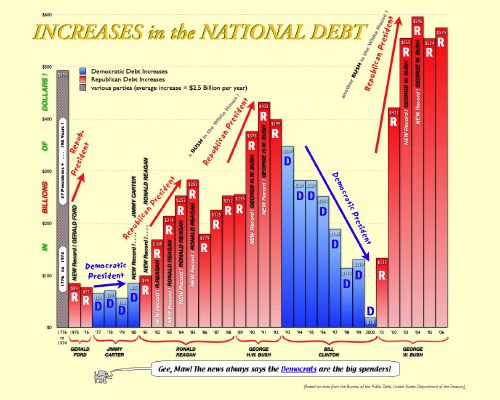 When you’re casting your vote in the next election for small government, fiscal conservatives, remember this chart. In as much as the politicians would have you believe their messages of small government and less spending, none of them follow through. And, those who seem to crow loudest on the subject are the worst offenders.

I’ve now come to the conclusion that one should listen to what the politician is against to understand what they’re doing in private. That makes for an interesting campaign! Tweet