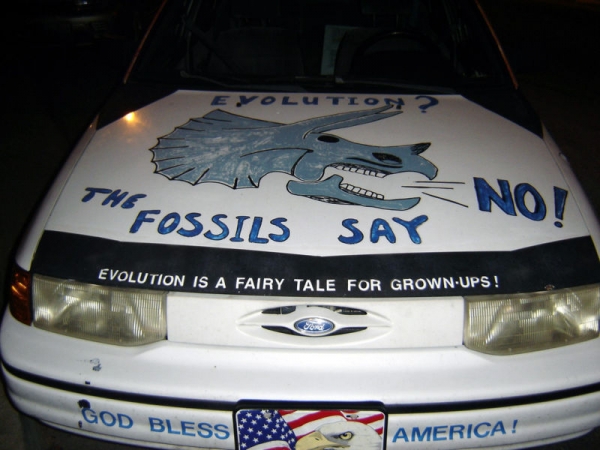 Might as well go around advertising UFO abduction on your car…this wouldn’t have been out of place in the Fairborn, Ohio Fourth of July Parade. Why is it religious nutjobs also have to pull out the patriot card? By and large, it seems these are the same peckerheads who think torture is a good idea! Ah, nationalism wrapped in the bible, what a wonderful world we live in.

Yesterday, about an hour after I returned home, two missionaries came calling at the door. I was very polite and said that I wasn’t interested in their product. But they wouldn’t take no for an answer and I suggested it was highly probable there is no god of any sort and that they would be better served selling some other product door-to-door. That got me a “Though you are headed for eternal damnation, I’ll pray for you anyway” parting comment.