« All I Wanna Do…
» Oddyssea’s Mysterious Visitor… 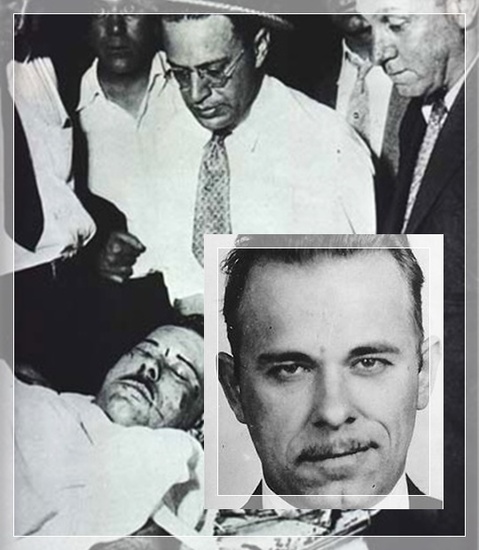 First and foremost, this is a tragedy for the victims, dead and surviving. I have heartfelt sympathy for them as they attempt to recover from this senseless act of violence. There are no words that can help.

This event, tragic as it is, is but one more a series of such events. And the history of them goes back much further than our limited attention spans seem to cover. There will be other such tragedies in the future too, without a doubt. The only questions are where, when, and how many are harmed.

Lots of folks seem to want to turn this into an argument about guns. Guns are tools, they can be used for good or evil like any tool. And in any case, the US Constitution is unambiguous about a citizen’s right to bear arms – thinking that gun regulation will change in any meaningful way is deluded. We live in a culture with guns. We will continue to live in a culture with guns. This is reality.

I’m beginning to believe that humans are simply wired to do this sort of thing. Bombs, guns, machetes, drugs, bioweapons, chemical weapons, etc. Our country in particular, seems to have a long heritage of violence. Hell, our country was established by taking land from natives at gunpoint and founded in armed-rebellion against colonial powers. This is reaching back over 300 years ago.

Think about some of the violence perpetrated against slaves and native peoples, biological warfare (smallpox) and forced work camps. Think about the punitive wars waged against those subset of peoples. Think about the US Civil War where the introduction of new war technologies (repeating rifles, rifled artillery, trains, ironclads, standardized bullets, Gatlin guns, etc.) resulted in unprecedented and horrific casualties on all sides. Think about the history of assassinations of public leaders (presidents, MLK, etc.) Think about the wild-west cowboy / gunslinger and armed duels for gentlemen to settle perceived slights. Think about the roaring ’20s with the gangsters and prohibition, Valentine’s Day massacre anyone? Think about the violence surrounding the labor movement where workers at factories and mines were virtually imprisoned and sometimes shot by the owners in collusion with the government. Think about armed suppression of free speech with incidents like the shootings at Kent State. The modern drug wars around modern prohibition.

This litany is not intended to depress, but rather to remind us all that as a culture, we have engaged in and celebrated violence since our inception. That we continue to have these sorts of incidents can’t be and shouldn’t be surprising. These are hollow words for the victims and their families, I get that. But as a society, we should handle these things as expected, periodic events. They will happen in the future and they will happen again and again.

We need to think about the news coverage of these things because it only serves to encourage future perpetrators that this is their ticket to fame (or infamy) it amounts to the same thing. I don’t have the answers, but I do think it’s time we change the dialogue on these events to reflect the reality of the society we have created and perpetuate. Handling these things as unexpected tragedies that play out with heroes and villains serve no interest in preventing future events. Adding more gun regulations will not stop the next event. Adding more security to movie theaters will not stop the next event.

Sadly, I don’t believe there is anything we can do to stop the next event. But we might be able to forestall a potential criminal by not celebrating their heinous act. That we could change and attempt to understand the effect. My condolences to the victims and their families once again.


« All I Wanna Do…
» Oddyssea’s Mysterious Visitor…