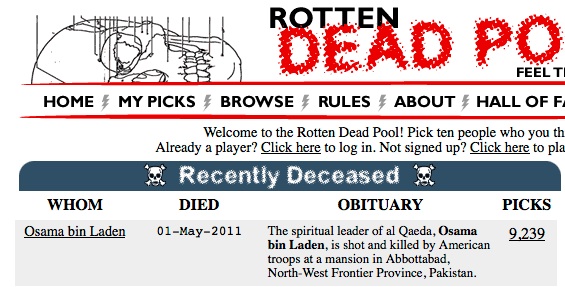 As has been reported ad naseum elsewhere, Osama is dead. I’ve been watching the Deadpool for nearly a decade wondering when he would grace the list. It’s times like these I somehow wish I believed in an afterlife, never ending hell would be too kind.

Maybe he should have been captured. We could then send him through airport security in the US endlessly as his own special hell on earth…

Congratulations to the intelligence and military on this, and thank you.
Tweet