« Trip to the Emergency Room
» Why Didn’t I Think of This?

Not So Super Sunday

It’s year two of my Super Bowl boycott, I will not be watching the game. In fact, for the 2008/9 season/post-season I haven’t watched a single minute of NFL football. Why you ask? Because it’s an unwatchable product for one, I have a real life to live, and there are a few other things we might be paying attention to; at home and abroad.

If you haven’t read Frank Rich’s Op-Ed piece on the current state of affairs, then you’re missing a good piece. A long, but salient read. HT: Bob. 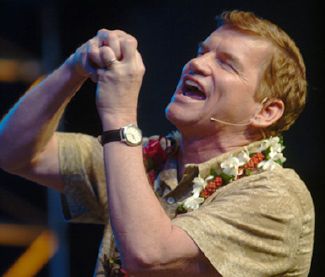 Meanwhile, the fabric of society continues to shred as upstanding Christian men continue to screw one another while attempting to cover it up and deny that they are homosexual. This hurts themselves and their families. Why not man up and simply be who you are? It’s not like the alleged almighty is going to smite you, you’re doing a fine job smiting yourself. See: Ted Haggard on Oprah. Yuck. Haggard, you suck. Wake up!

As our economy dies due to a massive confidence crisis, the politicians in Washington blather about what to do about it. The democrats at least have a proposal on the table – generally, if we’re going to go into debt for something, I think infrastructure is a good bet. I too share the worry that it doesn’t stimulate fast enough, but at least when it’s finished, you’ve got something to show for your borrowing. Clearly, the idea of tax cuts and shoring up financial institutions hasn’t worked, I don’t know why we would spend another cent on those failed programs. For those of you who are confused: borrowing for infrastructure == investing. Borrowing for tax cuts == spending.

Meanwhile, we’re still bleeding (literally and figuratively) off in Iraq and Afghanistan – what’s the exit strategy again? Now is the time. At least we won’t torture anymore and the end is in sight for Gitmo.

When it comes down to it, I think education is our opportunity (yes, we should rebuild roads, bridges, transmission lines, and the information backbone as well) but now having a child in the public school system, the reality of the decline has become real. When I was in school, years ago, the facilities were in excellent to reasonable shape. The teachers worked to educate, not to train students to take tests. Not only were we able to learn the readin’ writin’ and ‘rithmatic, we had access to art, music, and physical education.

In our little school district, the facilities are in disrepair, the teachers try mightily, but are fighting an uphill battle against standardized tests dictating the education process. Without the actions of the PTO, there would be no access to art, music, or PE – and even so, it’s 1/2 year and it’s now over for students at this school. The class sizes are huge, the spread of skills in the school is huge from some kindergartners not knowing which way to orient a book to read and others reading. It’s a real mess.

The test scores go up, but the actual effectiveness of education seems to be sinking, and sinking fast.

Moving back to religion for the moment, the Catholic diocese is attempting to stiff the city of San Francisco out of $15M in property transfer taxes on the basis that they are a religious organization. Further afield, the Vatican is now claiming that birth control pills are bad for the environment and lead to infertility in males, no really, I’m serious. To be inclusive, our Muslim friends seem to have something against coloring hair issuing a fatwa on the subject. Seriously.

And the band played on…..guess I woke up on the wrong side of the bed this morning….


« Trip to the Emergency Room
» Why Didn’t I Think of This?