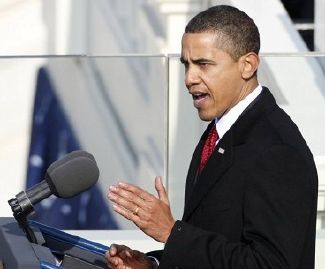 As previously stated, because I’m lucky enough to have a job, I didn’t get to see the inauguration. But I did read the speech and I have to say, I’m glad that our new Chief Executive struck a serious note, called for unity, called for sacrifice and service, and began to conjure the right tone and attitude that will be required to fix this mess we find ourselves in.

Aside from the mention of god a few times and the religious palaver, it was a good speech and I did particularly appreciate the reference to “non-believers” in the text.