« Torture by any other name
» Mike Makeover

Watch What you Say 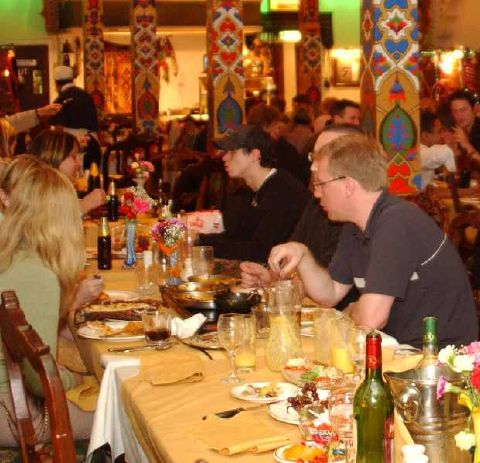 Yesterday I had lunch in downtown Mountain View, California before a business meeting. I like the area, lots of smart people roaming around, good startup energy, diversity of culture and people – what’s not to like? Also, there are a number of good, relatively cheap restaurants. It doesn’t get the press of Palo Alto though in many respects it is superior to that scene.

But, stepping away from being the promoter for Mountain View, I had the opportunity to listen in, not by my choice, on three different conversations going on around me as I attempted to read some material before my meeting. The megaphone mouths at the three different tables were discussing business, not surprisingly.

The thing that did surprise me was that Table A had a group of people from a large tech company focused on security. They were discussing loudly and publicly the breach that one of their clients suffered (a publicly traded company and the news would have had a negative impact I think) to the degree that I could discern the victim’s identity and their company’s identity. Not cool. And, I repeat again, I wasn’t listening, they were simply loud.

Table B was a group of investors, Angel investors I presume, discussing the pitch that a company had just given them. They ripped the presenter and the content and proceeded to plot how to gain control of the technology (which they thought had some promise) and ditch the current management/founders. Again, I wasn’t trying to listen, but one of the people felt that he had to be at a greater volume than the security people I guess. Much confidential (I presume) information was discussed loudly and publicly. Too bad I didn’t get the investor’s names…that would be worthy of an “avoid these funders” kind of post.

Table C was a group of HR professionals discussing a senior executive’s repeated peccadillos and how they weren’t getting support from higher up to reform or oust the executive. The person was only identified by first name, but the company was identified and I’m reasonably sure I could reverse engineer who they were talking about based on company, position, level, and first name. This set wanted to drown out the Angel’s talking at Table B and thus elevated their volume.

Moral to the story? You may be out at lunch just blowing off steam with your colleagues, but you never know who’s listening and how much they can decode from what you’re saying. And for pete’s sake, don’t talk about confidential information/situations in a public space using a loud voice. Next time, I’ll bring my iPod so I can focus on music and material rather than the distraction of loud conversations. Tweet


« Torture by any other name
» Mike Makeover