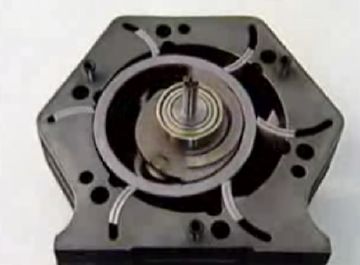 EngineAir, of Melborne, Australia has invented a 13kg rotary air motor that will replace traditional combustion engines. Unlike the ZPM approach of using a standard piston/cylinder setup, this is a departure from traditional automotive engine design (Mazda’s combustion rotary engine has been around for awhile, but it’s far from mainstream.) This breakthrough was made by Angelo Di Pietro in 1997.

Unlike other companies, EngineAir doesn’t seem to have secured significant funding and thus has not published a production schedule for vehicles using their technology. However, if compressed air is going to be viable as a fuel, it seems to us that an approach like EngineAir’s design is more likely to be the longer-term solution than simply repurposing the cylinder/piston design.

This entry was posted on Wednesday, March 19th, 2008 at 6:00 am and is filed under Transportation.