« Sometimes What You Read Baffles Me
» Leave Romney Alone on Taxes

Rantings of a Grumpy Old Man 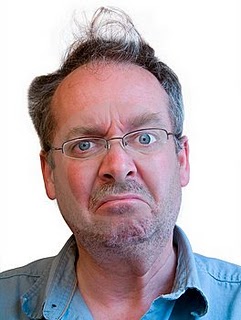 Let me preface this by saying I’m still wiped out from my whirlwind Vegas trip.

The stats? 28 hours duration. ~1,200 miles (1,900km) driven. No air conditioning in the vehicle. Temperatures as high as 116 degrees fahrenheit (46C) and as low as 54F (12C.) ~3,000 vendors covering the entire Las Vegas Convention Center. ~2,990 of them offering very little in the way of interesting. So, my mindset is a little grumpy in the best of circumstances.

I drove for 2 reasons: one I hoped to be able to transport product back from the show. Buzz!!!! WRONG. Nothing I wanted to bring back was available to bring back. Two, I am so finished with flying. I didn’t want to give the hosebag airlines another dollar. So……I condemned myself to 18 hours of driving.

Speaking of hosebag airlines, I wrote United Airlines CEO Jeff Smisek copying his board of directors regarding a recent bad experience on his airline. I expected I’d get a form letter with platitudes as a response. Well, that bar was even too high for this corporate moron – after 22 years of flying with United loyally, we’re done.

United, we’re breaking up. It’s not me, it’s you. You irretrievably suck.

Back to driving, I love road trips as a general rule. They require only enough mental energy to distract me from multi-tasking and leave enough bandwidth free to think about other things without external stimulus. So I was looking forward to some alone time to churn through my increasingly complicated professional life and business ventures.

Buzz WRONG! Now, I knew my air conditioning was a little weak, but I didn’t anticipate the blast furnace that starts about south San Jose and intensified as I moved inland. I know, it’s summer, it’s the desert, buy a clue. The lack of serviceable AC coupled with the extreme temperatures made my gedanken time non-existent.

On the road, people are horrible – they are clueless – they have no consistency or lane discipline – they have no concept of constant speed – they have no ability to judge distance. It’s amazing that the interstate highways aren’t litered with bits of wreckage strewn mile after mile.

On the subject of lane discipline, the Germans have it right on the Autobahn. Cruise in the slow lane, move into the hammer lane to pass and move back over to the right. Many people can travel safely and efficiently at high rates of speed. We have land yachts that move along 5mph below the posted speed limit in the passing lane. We have truck A lumbering along at 45mph wanting to pass truck B moving at 44mph where it takes 5 minutes to complete the exercise.

This makes me want to pull the vehicle in question over and beat the driver senseless with a tire iron. Not that I would ever act on such impulses.

See, I told you I was grumpy!


« Sometimes What You Read Baffles Me
» Leave Romney Alone on Taxes