The Worst Damn Fans in the Land 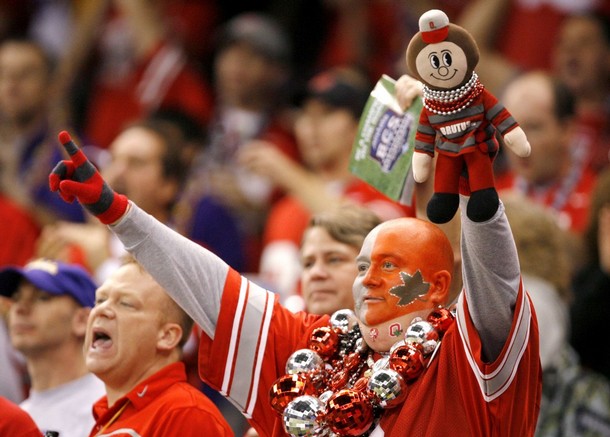 Those of you who read this blog with any regularity will know I’m something of an Ohio State football fan. Over the weekend, the team had a very difficult and unexpected loss against Purdue, who outplayed them to earn the victory. Hats off to Purdue, they did what they had to do and pulled out the win.

Now then, on to the central thesis of this post. Something has been happening in the Buckeye fan base that is incredibly distasteful. That is the bashing of players and coaches after wins (and particularly losses) where these “fans” are rude, disrespectful, and have completely lost the plot. What I think has happened is that the fan base has gotten spoiled with routine 10 win seasons and trips to BCS bowls and simply expect that is the right of the Buckeye football team.

This has cultivated a false sense of entitlement that has led to this really horrid display of being a fan. So much so, I’m embarrassed to even admit I am a fan (not because of the team mind you, I’m proud of them and their effort despite the odd disappointment) but because of the preponderance of douchebags who purport to be OSU fans. Ugh, they suck.

This doesn’t mean one can’t observe the offense has regressed this year, it doesn’t mean that discussion can’t take place about what might be a fix. But when these “fans” take it out on 20 year old kids, boo them as the come off the field, shout insults at them, that’s where we need to draw the line. Because, if this trend continues, we could see Ohio State field the best damn team in the land supported by the best damn band in the land, but also dragging along the worst damn fans in the land. And that would be a sad, sad day.