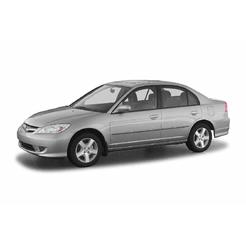 When I purchased my Honda Hybrid back in July, gas prices in California were hovering right around $5/gallon. As I write this, they’re now a little over $3/gallon. What a change. And, don’t get used to it, they’ll be going back up as the era of cheap gas is long gone. As the economy recovers so too will the price of gas. But that’s a subject for another blog entry…

When I was making the decision to buy this car, I had visions of grandeur where I would buy a Prius, convert it to a plug-in electric hybrid vehicle, have access to the carpool lanes, and pay not very much for fuel while doing it. Fortunately, my pragmatic side kicked in and forced me to examine the realities of my situation: I have no time for projects. I needed access to the carpool lane, nothing more, nothing less. The price of fuel has almost zero bearing on my life, so why be obsessed with the gas mileage? Ultimately, I concluded that I needed car pool lane access stickers attached to the cheapest reasonably safe vehicle I could find and that all pointed toward the Honda Civic. (And, I do have to admit I still think the Prius is dorky looking. The Civic will win no design awards, but at least it just looks like a regular sedan.)

That pragmatism saved me about $15,000 of the overall acquisition/improvement price tag (difference in price between Honda and Toyota + PHEV conversion kit.) Now, having driven nearly 6,000 miles, I appreciate my pragmatic side all the more. By the numbers, here’s what this car has done for me:

Now, is it perfect? No. I don’t particularly like the fit and finish of the vehicle. It’s something like a heavy tin can in handling an feel. I don’t like the whine of the motor/generator. I don’t like it that in 95F weather that the car shuts off the ventilation system at stops (though it’s easy to work around.) I don’t like the creature comforts (or lack thereof.) The geometry of the car is bad, the dash is too far for things like mobile phones, the center console hardly exists, getting drinks in and out of the front cup holders is an invitation to change pants.

But, on the balance, I’m glad to have purchased the vehicle and hope to get many more years of service from it.