Archive for the 'Geothermal' Category 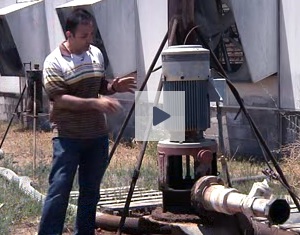 Raser Technology’s 15MWe Lightning Dock project in New Mexico is progressing through the drilling stage. They’ve posted a nice video to showcase how the project is moving along. Click the image to the right to view the video.

The Geothermal Energy Association will host this workshop in Las Vegas, July 22 2010. For more details:

On July 22, the Geothermal Energy Association (GEA) will explore the future of utility-scale geothermal power at an industry conference held in Las Vegas. With geothermal production expanding to 15 states, many new utilities, coops and public utility districts are considering geothermal for the first time. This session brings together utilities, coops, and PUDs familiar with geothermal to discuss how they have achieved success with geothermal developers and companies. Sessions will focus on approaches and challenges for utility-scale projects in the U.S., federal and state support for utilities and renewables, risk management, transmission issues, and more.

First Gen-affiliate Energy Development Corporation has secured $175M in loans for “general corporate purposes.” It is speculated that this funding will be used to restructure existing debt loads for the company. Energy Development is the largest producer of geothermal power in the Philippines accounting for 62% of present production. 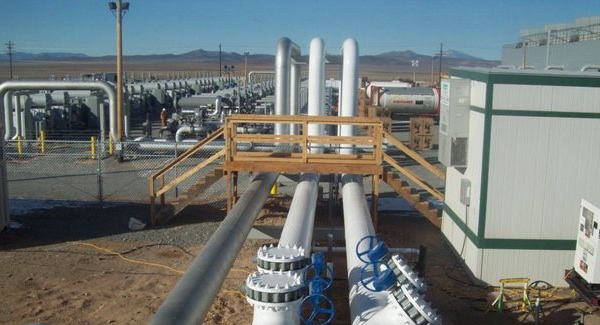 Attribution: Raser Technologies
Raser Technologies has now entered the power production business as their Thermo plant in Beaver County, Utah comes online. There are three noteworthy aspects of this project:

While in the past our entries have been somewhat skeptical of Raser’s ability to get plants designed and implemented, we want to provide credit where is due. With the resource showing much larger size than initially scoped at 230MWe of potential, Raser could be a long-term and productive entrant in the geothermal and renewable energy generation field.

Once final commission occurs in the next few weeks, the power generated will be consumed by the City of Anaheim.

In yet another record sale, the Bureau of Land Management auctioned 35 parcels yesterday accounting for 105,311 acres raising a total of $28.2M. This is up from last year’s record of $11.7M on 122,000 acres. Results of the sale are available at the BLM website.