Ormat on the “Fast Track”

The Bureau of Land Management and the state of Nevada have granted Ormat the right to develop a 30 MWe plant in Pershing county in two phases. This is the second plant (Blue Mountain) to take advantage of the fast track program to develop geothermal resources in the state.

Read more via the BLM:

The Bureau of Land Management Battle Mountain District recently approved a geothermal â€œfast-trackâ€ project for Ormat Technologies, allowing the company to begin construction on the Jersey Valley Project located in Pershing County, Nevada. The geothermal development will cover approximately 8,470 acres of land, of which 7,460 are managed by the BLM. When completed, the facility will include a 30-megawatt (MW) power plant, a geothermal well field, and a 120-kilowatt transmission line.

â€œThe State of Nevada has positioned itself in the forefront in this Administrationâ€™s quest to develop a New Energy Frontier for Americans,â€ said Interior Secretary Ken Salazar. â€œThis Jersey Valley project should be completed and producing clean energy in about six months, and I couldnâ€™t be more pleased.â€

The first phase of the development, for which the BLMâ€™s Decision Record was signed on June 4, includes construction of a 15-MW plant. Commercial operation of the plant is expected to begin by late 2010. A second plant, providing additional generation capacity, may be built the following year. Ormat Technologies obtained a Power Purchase Agreement with Nevada Power Company in 2006 and began conducting geothermal exploration activities at Jersey Valley in 2007. 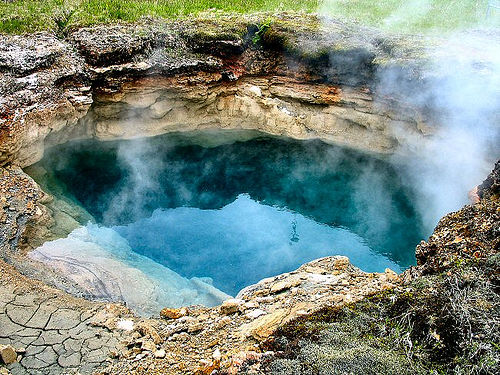 US Geothermal has taken an ownership interest in Oregon’s Neal Hot Springs project from GCO Minerals and a private estate. Here are some details.

A 25% mineral interest, which encompasses 600 acres, was purchased from a private estate. An option to purchase an additional 25% interest in 2,110 acres was executed with GCO Minerals Company, a subsidiary of International Paper. The two mineral interest acquisitions in part overlie each other, and when combined provide USG Oregon with 600 acres of 50% mineral ownership and 1,510 acres of 25% mineral ownership in the heart of the defined Neal Hot Springs geothermal reservoir. This acreage includes the two existing production wells, and all of the currently planned new production and injection wells for the 22 megawatt development.

Via the Manila Standard:

The company posted a P3.80-billion net income in the first quarter this year, up 68 percent from P2.27 billion year-on-year.

Energy Development remains the largest producer of geothermal energy in the Philippines to date, accounting for 62 percent of installed capacity.

Ram Geothermal Power has increased to 3,921 acres its leasehold in the prolific Geysers geothermal resource area in Northern California. Through the acquisition of Western Geopower, Ram acquired a 421 acre lease that has three production wells capable of supporting over 25MWe of production it is believed. This is a good move for Ram to establish a foothold where Calpine reigns supreme with 19 active plants, NCPA has 2 active plants, and US Renewables has 1 plant. 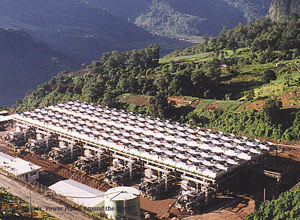 Radius Gold Inc. (TSX-V: RDU) announced that it has nearly 500,000 acres either under lease or application in Guatemala broken into 7 different tracts. Given that Radius has been in the exploration business for gold in the region for a decade and has run across several hydrothermal systems during that time, this is an interesting shift into an adjacency. In fact, one might call it smart taking the unnaturally high gold prices and using that leverage along with the experience they have in region to partner with an established producer to bring these projects to fruition.

Past studies have indicated that there is large geothermal potential in Guatemala, perhaps as much as 4GWe, but more likely around 1GWe. Presently, Ormat has two plants producing a net of around 46MWe in the region.